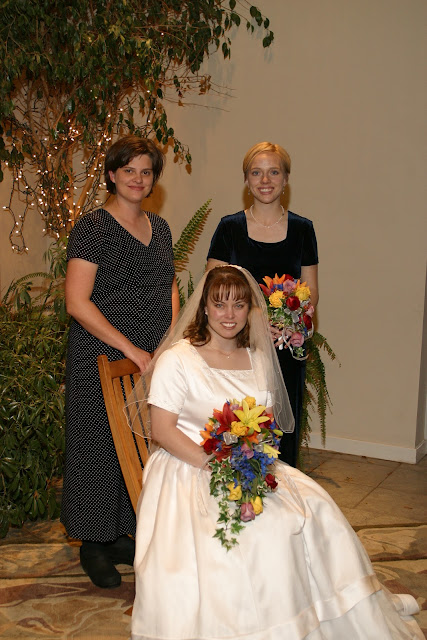 I admit - I have quite a few parenting gurus.  I only have two kids and since I have two arms and therefore the capability of holding onto both of them (I am freakishly strong thanks to Les Mills Pump) I don't have the same issues that my friends with 4, 5, 6, 7, or 8 kids have.  I don't know anyone that is my age with more than 8 kids.  If there are women out there my age with more than 8 kids I applaud them and will now go take a nap in their honor.

So the above picture is of my sisters (watch for the reaction of "Why the hee haw did you use this picture?!").  There is a reason that I used this picture.  First - Kacy was about 8 months pregnant with her third child.  Carly had an 11 month old boy.  So naturally I look to them for advice because they have older kids and while I am older than both of them, they are more experienced because they each have four kids.  Like when Carly's son would only wear sweat pants and I thought it was weird for a while, but now my son only wants to wear sweat pants.  I am simpatico about that now.  Amazing how parenting does that.

Or like today - Kacy blogged at Babble.com about taking her 14 year old son to a concert.  The same son that wants to go to clown camp this year.   It's a bonding experience and now I want to figure out what kind of concert I could take my 8 year old son to.  Maybe something like Ryan Shupe and the Rubberbands?  Any ideas?  Plug:  Kacy has also written for other parenting websites so really - you should go read her stuff.  She might be able to get you a good deal on a tour bus.