What Kind of Kid Do You Have? The Healer 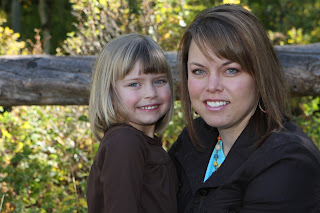 Love me tender, love me true...the crooning song of a Healer.
In my world, it is popular to be a Healer.  And by Healer I mean someone who avoids conflict and confrontation.  Woah!  What?!  Hear me out.
Healers are compassionate people.  They are empathetic, sincere, loyal, considerate, supportive, loving, helpful, peacemakers, kind, sacrificing, accepting, non-judgmental, problem solvers, baggage carries (for other people), bridge-builders, nurturing, listeners, and tend to live in the "now" rather than plan for the future.  They worry too much about the future and it leaves them paralyzed.  Conflict leaves them paralyzed.  They would rather remove their own fingernails than confront someone, including, often, their own children.
Healer children tend to be emotional and always victims.  Can you hear the whining, "So and so doesn't like me!  I don't know why!  I didn't do anything!"  Either that or they take on the pain of the world and make it their own and internalize it until it becomes their own problem.  Healers tend to enable others to keep on being victims themselves.  Let's all be victims together and whine!  Because they avoid confrontation at all costs, they convince themselves that they are bettering the world by avoiding life.  Healers look for the pain in others and bring it back to them, so that they can feel useful.  If they are not honored for their compassion and kindness, they are usually the first group to turn to drugs and alcohol as a way to escape their own heads.
Healers are absolutely critical in the world.  In the business world they are the people who are detail oriented because they want to help others in their jobs.  They are the connectors, the people who build bridges between the Visionaries and the Oracles (coming soon).  They make checklists and feel a sense of accomplishment when they get the things done on their list (Unlike Visionaries - who just make more lists and then get annoyed at the lists because they get in the way of dreaming).
Does this sound like your child?  Always internalizing everything?  I have a Healer/Warrior daughter.  She shows amazing empathy whenever anyone is hurt, and if she hurts anyone (except for her brother - in their relationship she is a full on WARRIOR) she cries along with them.  She is dramatic and hates confrontation or lectures.  If confronted, she runs into her room and cries.  Yes, this is typical of most little girls, however, she is not a visionary and does tend to live in the "now".  Every day she says, "I want this to be my BEST DAY EVER!" She also changes her clothes and hairstyle about 10 times a day.  I can either holler at her for this (which I do 50% of the time - I will be accountable for that) or just let it go and relish in the fact that next year she will be required to wear a uniform.  (By the way, she gets the changing 10 times a day from my little sister.)
Now - how do we honor a Healer?  Since a Healer is continually testing the feelings of a situation to see if they will be accepted, the key is to accept the Healer for their strengths, and not treat them as a doormat.  I know many many Healers that are treated like doormats, and I know many women who really aren't Healers, however, they believe that their culture expects them to act as Healers.  That can get confusing, and I'll probably go over that later.

I can honor my daughter by recognizing that being confrontational over picking up socks will never ever result in anything but tears for her and exasperation for me.  If instead, I make a game out of it, she will respond because she doesn't automatically believe I am mad at her over the socks.  That allows me to build a trust with her, where I can then explain to her that socks need to be put in the laundry and not on the kitchen table.  It takes more patience on my part, but it saves 10 minutes of hugs and kisses and telling her she is ok.
Posted by Heidi Totten