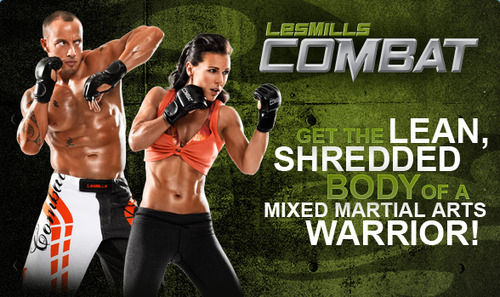 Les Mills Combat arrived on my doorstep yesterday!  I have been waiting for this program to be released for six months.  Last year I did the Les Mills Pump program and there was one DVD of a Combat workout in there that I fell in love with.  So having an entire 60 day program is just brilliant!  I love Dan Cohen and Rachael Newsham and their accents and senses of humor.  It keeps me motivated.  Today I started the program and woah nelly - even after 30 minutes I am wasted.  I haven't worked out consistently for a few months so this really hit me - I'm excited to keep going!  I have some serious goals over the next couple of months to get in shape for some travel that I will be doing.  This is a six day a week program, but one of the days is walking.  On that day my plan is to do a Les Mills Pump workout to get in some extra resistance training.


After talking with Franco Cavaleri about How to Lose Weight with Ocean Avenue Shakes and Products, I realized that combining the Ocean Avenue Shakes and Les Mills Combat would be ideal for me.  Today I have started following that regimen as well.  It's tricky to start something like this two weeks before Christmas instead of waiting for the usual New Years Resolutions, but my hope is to combat (pun intended) Holiday weight gain by starting now.  Outside of the Ocean Avenue Shakes, I am not doing high protein or low carb or anything like that.  I am focusing on following my own Sanity Health Challenge principles.
Posted by Heidi Totten