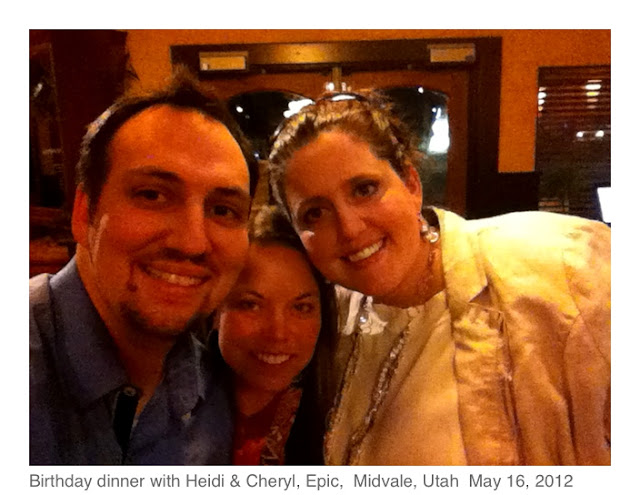 A few weeks ago my friend Ben ordered P90X from me.  Then a couple of days later my friend Marty said he was going to start doing P90X.  I love that this program has been around for quite a few years and still stands the test of time.  Tony Horton even grows on you after a while and becomes like a pesky older brother.  What I like about him is that he is of the older crowd of trainers so the motivation is, if he can do it at 50, I can do it at 40.

Last night was Ben's birthday (he turned 39 for the first time) and so Ben and our friend, Cheryl, and I went to dinner.  We went to a restaurant called Epic, which I now love, especially because of the acoustic guitar player named Ryan Miller who had an incredible playlist....anyway, back to the story.  So we went to dinner and talked about everything under the sun - politics, religion, relationships - all of the things that are usually taboo, but when you are with friends that are family you can talk about things like that.

We agreed that we all feel older, and wiser, and we miss the intellectual discussions that we used to have for hours when we were in our late 20s/early 30s and thought we actually knew something.  My favorite quote from Cheryl for the night was, "Now the key is to watch American Idol and be prepared to discuss it."

But I really must say that often there were pauses in the conversation to listen to Ryan Miller play.  He plays every Wednesday and Thursday night and I just have to do a plug for him because he really was fantastic.  And truthfully, anyone who plays an acoustical cover of U2's Red Hill Mining Town in this day and age is my kind of performer.  (Doesn't Bono look so YOUNG in this video?!) Also, I got the Ken's Salad for dinner and it was delightful.

As we walked out I turned to Cheryl and said, "It's 2012!  That means we have known each other for 20 years!"  In 2002 I surprised Cheryl for our 10 year anniversary and we went to Wolf Trap and saw Porgy and Bess.  We met the day my cousin came home from his mission in 1992 at the airport so I thought it would be fun.  At some point during the 90s we were roommates in a dilapidated old farmhouse on two acres just outside the Beltway near Washington, DC.  Then we both ended up moving to Utah at the same time.  Now she has extremely (EXTREMELY) powerful friends and hobnobs with the rich and influential, but still takes time every once in a while for little old me. 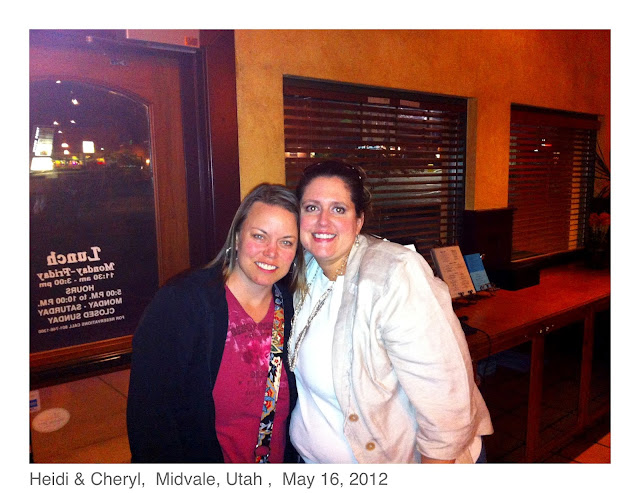 To an outsider this was just a normal meal between friends at a restaurant in Midvale.  For me it was like hanging out with family that I don't get to see at the same time normally.  When I said to my husband, "Cheryl and Ben are going to dinner for Ben's birthday......" his response was, "Ohhhh, please....go!"  There really isn't anything that replaces the people that you literally grew up with after you were already grown.